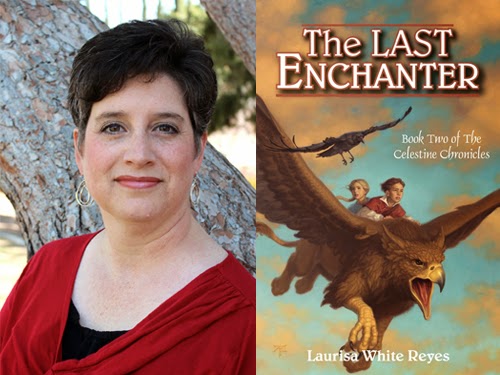 Laurisa Reyes is the author of the middle grade Celestine Chronicles books, The Rock of Ivanore and and The Last Enchanter. Her latest book, Contact, a YA novel from Hallowed Ink Press, will be released in June 2014.


The Last Enchanter (Tanglewood Press, 2013)
Add this book to Goodreads

Months have passed since Marcus and Kelvin succeeded in their quest to find the Rock of Ivanore. Kelvin is living as royalty in Dokur, and Marcus is studying magic with Zyll. When Fredric is murdered and Kelvin becomes king, Zyll and Marcus head for Dokur in hopes of protecting Kelvin from meeting the same fate, though it quickly becomes apparent that none of them are safe, and Marcus has had disturbing visions of Zyll's death. With the help of his old friends Clovis and Bryn, joined by new friend Lael, a feisty girl in search of her mother, Marcus uncovers a powerful secret that will change the course of his life forever. 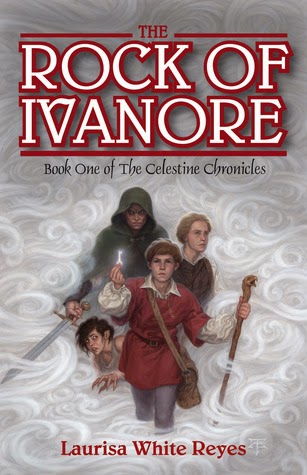 The Rock of Ivanore (Tanglewood Press, 2012)
Add this book on Goodreads

The annual Great Quest is about to be announced in Quendel, a task that will determine the future of Marcus and the other boys from the village who are coming of age. The wizard Zyll commands them to find the Rock of Ivanore, but he doesn’t tell them what the Rock is exactly or where it can be found. Marcus must reach deep within himself to develop new powers of magic and find the strength to survive the wild lands and fierce enemies he encounters as he searches for the illusive Rock. If he succeeds, he will live a life of honor; if he fails, he will live a life of menial labor in shame.

With more twists and turns than a labyrinth, and a story in which nothing is at it seems, this tale of deception and discovery keeps readers in suspense until the end.