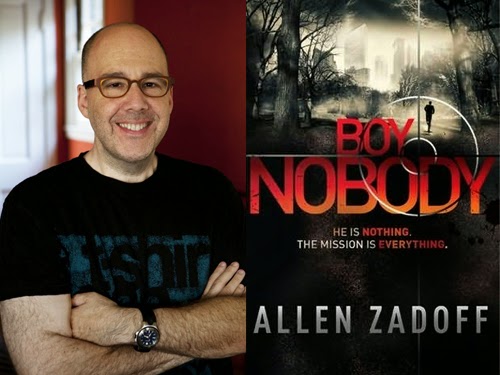 Allen Zadoff is the author of the new thriller series, The Unknown Assassin, which earned starred reviews and has been optioned for a feature film by Sony Pictures and Will Smith's Overbrook Entertainment. His YA novel, Food, Girls, and Other Things I Can't Have won the Sid Fleischman Humor Award and was a YALSA selection for Most Popular Paperbacks of 2012. His second novel was My Life, the Theater, and Other Tragedies, the story of a techie hiding from life after a family tragedy. His third novel Since You Left Me is set in Los Angeles and tells the story of a religious school student who doesn't believe. He also wrote the memoir for adults, Hungry:Lessons Learned on the Journey from Fat to Thin.

Boy Nobody (Little, Brown Books for Young Readers, 2013)
To be re-titled I Am the Weapon (The Unknown Assassin, Book 1)
Add this book to Goodreads

Boy Nobody is the perennial new kid in school, the one few notice and nobody thinks much about. He shows up in a new high school, in a new town, under a new name, makes few friends and doesn't stay long. Just long enough for someone in his new friend's family to die -- of "natural causes." Mission accomplished, Boy Nobody disappears, and moves on to the next target.

When his own parents died of not-so-natural causes at the age of eleven, Boy Nobody found himself under the control of The Program, a shadowy government organization that uses brainwashed kids as counter-espionage operatives. But somewhere, deep inside Boy Nobody, is somebody: the boy he once was, the boy who wants normal things (like a real home, his parents back), a boy who wants out. And he just might want those things badly enough to sabotage The Program's next mission. 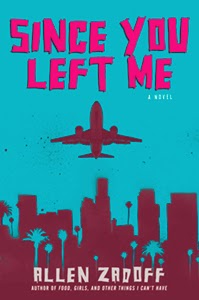 Since You Left Me (Egmont USA, 2012)
Add this book on Goodreads

Everyone believes in something. Almost everyone.

For Sanskrit Aaron Zuckerman, it isn't easy to believe. Especially when all the people you care about leave.

His Dad left after the divorce. The love of his life left in second grade. His best friend in Jewish school found God and practically left the planet. Now his yoga teacher Mom is falling in love with her spiritual guru, and she’s threatening to leave, too.

In a desperate attempt to keep his family together, Sanskrit tells just one small lie. And for a while it seems to be working. Because people start coming back. Sanskrit might even get the family he always wanted.

There’s just one little thing in his way. The truth.