Andrew Smith is the New York Times bestselling author of Winger, The Marbury Lens, Passenger, Ghost Medicine, Stick, and In the Path of Falling Objects. He lives in Southern California.

This is the truth. This is history.
It’s the end of the world. And nobody knows anything about it.
You know what I mean.

Funny, intense, complex, and brave, Grasshopper Jungle brilliantly weaves together everything from testicle-dissolving genetically modified corn to the struggles of recession-era, small-town America in this groundbreaking coming-of-age stunner. 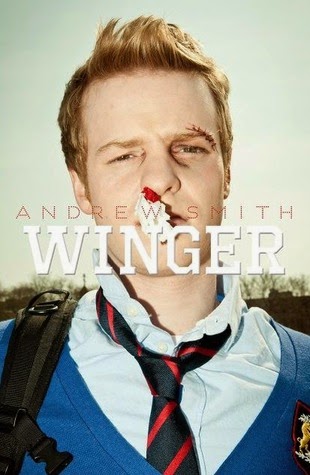 
Ryan Dean West is a fourteen-year-old junior at a boarding school for rich kids. He’s living in Opportunity Hall, the dorm for troublemakers, and rooming with the biggest bully on the rugby team. And he’s madly in love with his best friend Annie, who thinks of him as a little boy.

With the help of his sense of humor, rugby buddies, and his penchant for doodling comics, Ryan Dean manages to survive life’s complications and even find some happiness along the way. But when the unthinkable happens, he has to figure out how to hold on to what’s important, even when it feels like everything has fallen apart.

Filled with hand-drawn info-graphics and illustrations and told in a pitch-perfect voice, this realistic depiction of a teen’s experience strikes an exceptional balance of hilarious and heartbreaking.