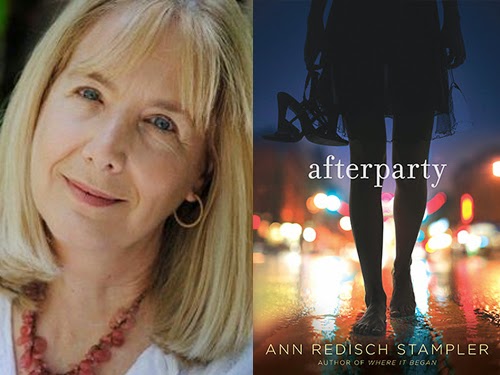 Ann Redisch Stampler | Website | Tweet @annstampler
Afterparty (Simon Pulse, 2014)
Add this book to Goodreads
Emma is tired of being good. Always the dutiful daughter to an overprotective father, she is the antithesis of her mother–whose name her dad won't even say out loud. That's why meeting Siobhan is the best thing that ever happened to her... and the most dangerous. Because Siobhan is fun and alluring and experienced and lives on the edge. In other words, she's everything Emma is not.

And it may be more than Emma can handle.

Because as intoxicating as her secret life may be, when Emma begins to make her own decisions, Siobhan starts to unravel. It's more than just Dylan, the boy who comes between them. Their high-stakes pacts are spinning out of control. Elaborate lies become second nature. Loyalties and boundaries are blurred. And it all comes to a head at the infamous Afterparty, where debauchery rages and an intense, inescapable confrontation ends in a plummet from the rooftop...

This explosive, sexy, and harrowing follow-up to Ann Redisch Stampler's spectacular teen debut, Where It Began, reveals how those who know us best can hurt us most. 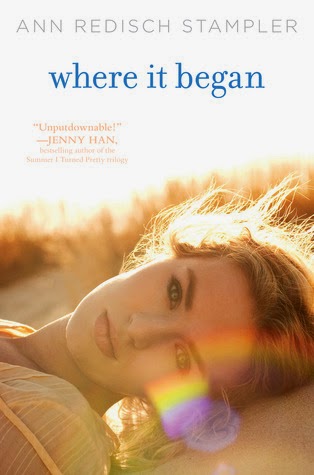 Where It Began (Simon Pulse, 2012)
Add this book on Goodreads
A teen's world comes crashing down in this compulsively readable YA debut that's as literary as it is commercial.

Gabby Gardiner wakes up in a hospital bed looking like a cautionary ad for drunk driving, and without a single memory of the accident that landed her there. But what she can recall, in frank and sardonic detail, is the year leading up to the crash.

As Gabby describes her transformation from Invisible Girl to Trendy Girl Who Dates Billy Nash (aka Most Desirable Boy Ever), she is left wondering: Why is Billy suddenly distancing himself from her? What do her classmates know that Gabby does not? Who exactly was in the car that night? And why has Gabby been left to take the fall?

As she peels back the layers of her life, Gabby begins to realize that her climb up the status ladder has been as intoxicating as it has been morally complex...and that nothing about her life is what she has imagined it to be.