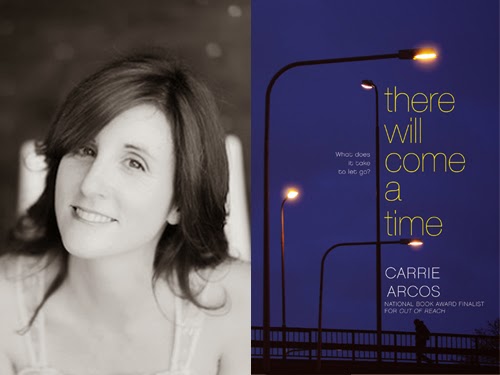 Carrie Arcos | Website | Tweet @carriearcos
Carrie Arcos is a National Book Award Finalist for Young People's Literature for Out of Reach. She lives in Los Angeles with her family.

There Will Come a Time (Simon Pulse, 2014)
Add this book on Goodreads
Mark knows grief. Ever since the accident that killed his twin sister, Grace, the only time he feels at peace is when he visits the bridge on which she died. Comfort is fleeting, but it’s almost within reach when he’s standing on the wrong side of the suicide bars. Almost.
Grace’s best friend, Hanna, says she understands what he’s going through. But she doesn’t. She can’t. It’s not just the enormity of his loss. As her twin, Mark should have known Grace as well as he knows himself. Yet when he reads her journal, it’s as if he didn’t know her at all.
As a way to remember Grace, Hanna convinces Mark to complete Grace’s bucket list from her journal. Mark’s sadness, anger, and his growing feelings for Hannah threaten to overwhelm him. But Mark can’t back out. He made a promise to honor Grace—and it’s his one chance to set things right. 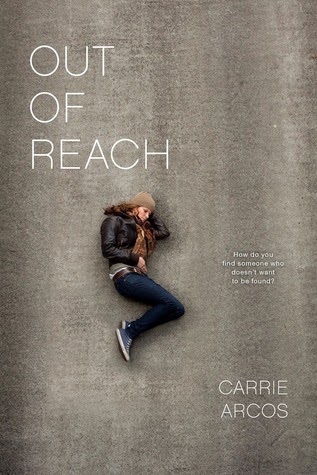 Out of Reach (Simon Pulse, 2012)
Add this book on Goodreads
How do you find someone who doesn't want to be found? A girl searches for her missing addict brother while confronting her own secrets in this darkly lyrical novel.

Rachel has always idolized her older brother Micah. He struggles with addiction, but she tells herself that he's in control. And she almost believes it. Until the night that Micah doesn't come home. Rachel's terrified, and she can't help but feel responsible. She should have listened when Micah tried to confide in her. And she only feels more guilt when she receives an anonymous note telling her that Micah is nearby and in danger.
With nothing more to go on than hope and a slim lead, Rachel and Micah's best friend, Tyler, begin the search. Along the way, Rachel will be forced to confront her own dark secrets, her growing attraction to Tyler, and the possibility that Micah may never come home.
Pasadena Teen Book Festival is presented by Pasadena Public Library and Bridge to Books