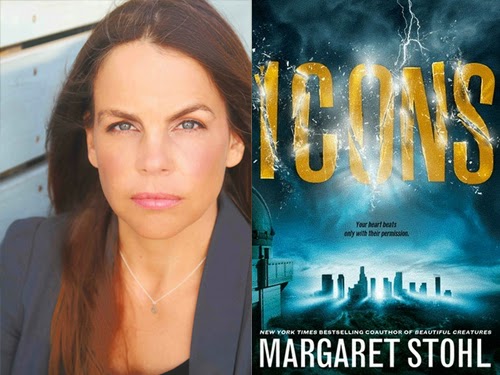 Margaret Stohl is the author of the Icons series as well as the internationally-bestselling co-author of the Beautiful Creatures Novels (with Kami Garcia.) A world traveler and longtime veteran of the videogame industry, Margaret lives Santa Monica with her husband and daughters.

Ro murmurs into my ear. "Don't be afraid, Dol. They're not coming for us." Still, he slips his arm around me and we wait until the sky is clear.

Because he doesn't know. Not really.

Everything changed on The Day. The day the Icon appeared in Los Angeles. The day the power stopped. The day Dol's family dropped dead. The day Earth lost a war it didn't know it was fighting.

Since then, Dol has lived a simple life in the countryside with fellow survivor Ro--safe from the shadow of the Icon and its terrifying power. Hiding from the one truth she can't avoid.

They're different. They survived. Why?

When the government discovers their secret, they are forced to join faint-hearted Tima and charismatic Lucas in captivity. Called the Icon Children, the four are the only humans on Earth immune to the power of the Icons. Torn between brooding Ro and her evolving feelings for Lucas, between a past and a future, Dol's heart has never been more vulnerable. And as tensions escalate, the Icon Children discover that their explosive emotions-which they've always thought to be their greatest weaknesses-may actually be their greatest strengths.

Bestselling author Margaret Stohl delivers a thrilling novel set in a haunting new world where four teens must piece together the mysteries of their pasts-in order to save their future. 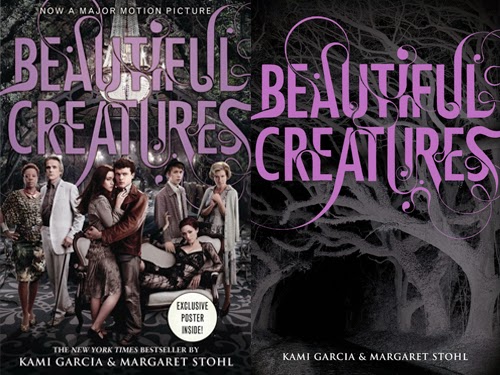 Is falling in love the beginning . . . or the end?

In Ethan Wate's hometown there lies the darkest of secrets...

There is a girl. Slowly, she pulled the hood from her head... Green eyes, black hair. Lena Duchannes.

In the end, there is a grave.

Lena and Ethan become bound together by a deep, powerful love. But Lena is cursed and on her sixteenth birthday, her fate will be decided.

Ethan never even saw it coming.