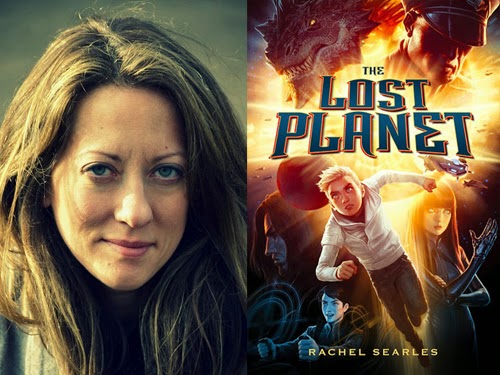 Rachel Searles grew up on the frigid shores of Lake Superior in Michigan’s Upper Peninsula, where she spent her childhood studying languages and plotting to travel around the world. After college, she lived abroad in Munich and Istanbul, working as a cook, a secretary, a teacher, and a reporter for the Turkish Daily News. She now lives in Los Angeles with her rocket scientist husband and two cats, and spends her free time cooking her way through the Internet and plotting more travel.


The Lost Planet (Feiwel & Friends, 2014)
Add this book on Goodreads

This is what the boy is told:

He woke up on planet Trucon, inside a fence he shouldn't have been able to pass.
He has an annirad blaster wound to the back of his head.
He has no memory.
He is now under the protection of a mysterious benefactor.
His name is Chase Garrety.

This is what Chase Garrety knows:

He has a message: "Guide the star."
Time is running out.