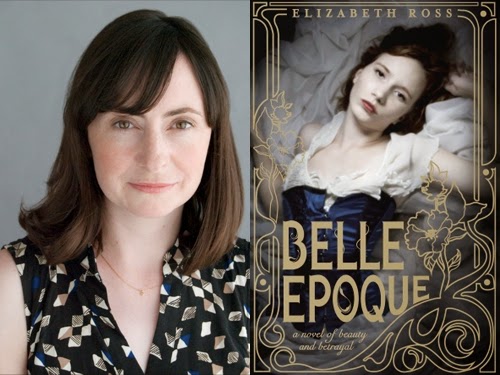 Elizabeth Ross | Website | Tweet @RossElizabeth
Elizabeth Ross grew up in Scotland where she studied French and Film Studies at the University of Glasgow. After graduation she worked in the film industry in Montreal for several years, becoming a film editor. That career path eventually led to Los Angeles where she now lives with her husband and son.

Belle Epoque (Delacorte Books for Young Readers, 2013)
Add this book on Goodreads
When Maude Pichon runs away from provincial Brittany to Paris, her romantic dreams vanish as quickly as her savings. Desperate for work, she answers an unusual ad. The Durandeau Agency provides its clients with a unique service—the beauty foil. Hire a plain friend and become instantly more attractive.
Monsieur Durandeau has made a fortune from wealthy socialites, and when the Countess Dubern needs a companion for her headstrong daughter, Isabelle, Maude is deemed the perfect foil.
But Isabelle has no idea her new "friend" is the hired help, and Maude's very existence among the aristocracy hinges on her keeping the truth a secret. Yet the more she learns about Isabelle, the more her loyalty is tested. And the longer her deception continues, the more she has to lose.