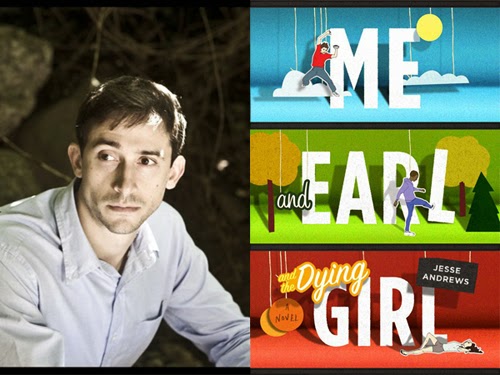 Jesse Andrews | Website | Tweet @_jesse_andrews_
Jesse Andrews is a writer, musician, and screenwriter. His debut novel, Me and Earl and the Dying Girl, is a World Book Night 2014 selection; a film adaptation is currently in development.

Me and Earl and The Dying Girl (Harry N. Abrams, 2012)
Add this book on Goodreads
Greg Gaines is the last master of high school espionage, able to disappear at will into any social environment. He has only one friend, Earl, and together they spend their time making movies, their own incomprehensible versions of Coppola and Herzog cult classics.

Until Greg’s mother forces him to rekindle his childhood friendship with Rachel.

Rachel has been diagnosed with leukemia—-cue extreme adolescent awkwardness—-but a parental mandate has been issued and must be obeyed. When Rachel stops treatment, Greg and Earl decide the thing to do is to make a film for her, which turns into the Worst Film Ever Made and becomes a turning point in each of their lives.

And all at once Greg must abandon invisibility and stand in the spotlight.