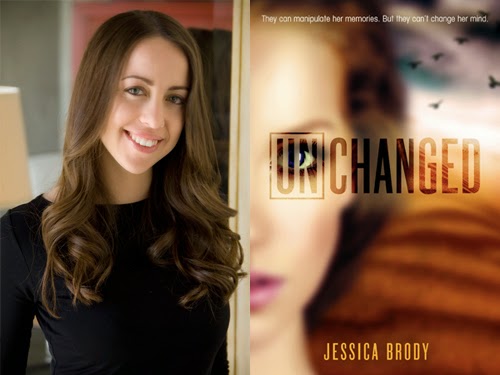 Jessica Brody knew from a young age that she wanted to be a writer. She started self "publishing" her own books when she was seven years old, binding the pages together with cardboard, wallpaper samples and electrical tape.

After graduating from Smith College in 2001 where she double majored in Economics and French and minored in Japanese, Jessica later went on to work for MGM Studios as a Manager of Acquisitions and Business Development. In May of 2005, Jessica quit her job to follow her dream of becoming a published author.

So many secrets are buried within these compound walls.

I used to be one of those secrets.

After returning to the Diotech compound and undergoing an experimental new memory alteration, Seraphina is now a loyal, obedient servant to Dr. Alixter and the powerful company that created her. Happy and in love with Kaelen, another scientifically-enhanced human designed to be her perfect match, Sera’s history with a boy named Zen is just a distant memory from a rebellious past she longs to forget.

But as Sera and Kaelen embark on a nationwide tour to promote Diotech’s new product line—a collection of controversial genetic modifications available to the public—Sera’s mind starts to rebel. She can’t stop the memories of Zen from creeping back in.

As more secrets are revealed, more enemies are uncovered, and the reality of a Diotech-controlled world grows closer every day, Sera will have to choose where her true loyalties lie, but it’s a choice that may cost her everything she’s ever loved.