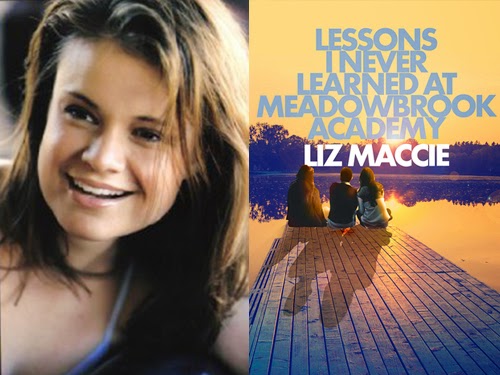 Liz Maccie grew up in West Orange, New Jersey. A troubled childhood resulted in her being sent to a school to straighten her out, which she thought would ruin her life, but actually led to her finding good friends and sparking her imagination. She now writes for TV and lives in Los Angeles with her husband, Stephen Chbosky, and their two children.

The most important lessons aren't learned in the classroom.

It’s the first day of sophomore year for Roberta Romano, but instead of the comfort of her local high school, she's been thrust into the elitist embrace of the affluent Meadowbrook Academy.

Surrounded by wealth, Roberta battles her own insecurities, as well as evil teachers and mean girls, to prove her worth and maybe land the boy of her dreams. With the help of two unlikely allies — ​and an inflatable toy raft — ​Robert embarks upon a journey of dark secrets and self-discovery to learn the true meaning of friendship and acceptance.