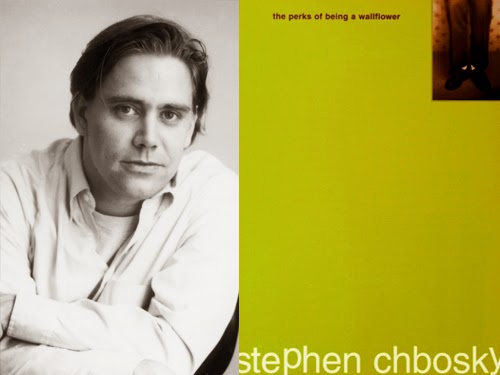 Stephen Chbosky grew up in Pittsburgh, Pennsylvania, and graduated from the University of Southern California's Filmic Writing Program.  He is the novelist, screenwriter, and film director best known for writing the New York Times bestselling coming-of-age novel The Perks of Being a Wallflower , as well as for screenwriting and directing the film version of the same book, starring Logan Lerman, Emma Watson, and Ezra Miller. He lives in Los Angeles with his wife, Liz Maccie, and their two children.

Perks of Being a Wallflower (MTV Books, 1999)
Add this book on Goodreads

Charlie is a freshman.

And while he's not the biggest geek in the school, he is by no means popular. Shy, introspective, intelligent beyond his years yet socially awkward, he is a wallflower, caught between trying to live his life and trying to run from it.

Charlie is attempting to navigate his way through uncharted territory: the world of first dates and mix tapes, family dramas and new friends; the world of sex, drugs, and The Rocky Horror Picture Show, when all one requires is that perfect song on that perfect drive to feel infinite. But he can't stay on the sideline forever. Standing on the fringes of life offers a unique perspective. But there comes a time to see what it looks like from the dance floor.

The Perks of Being a Wallflower is a deeply affecting coming-of-age story that will spirit you back to those wild and poignant roller-coaster days known as growing up.