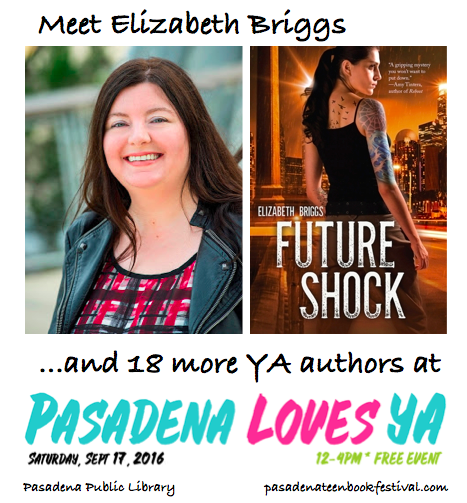 What do you do when the future is too late, and the present is counting down to an inevitable moment?

Elena Martinez has street smarts, the ability for perfect recall, and a deadline: if she doesn’t find a job before she turns eighteen, she’ll be homeless. But then she gets an unexpected offer from Aether Corporation, the powerful Los Angeles tech giant. Along with four other recruits—Adam, Chris, Trent, and Zoe—Elena is being sent on a secret mission to bring back data from the future. All they have to do is get Aether the information they need, and the five of them will be set for life. It’s an offer Elena can’t refuse.

But something goes wrong when the time travelers arrive in the future. And they are forced to break the only rule they were given—not to look into their own fates. Now they have twenty-four hours to get back to the present and find a way to stop a seemingly inevitable future—and a murder—from happening. But changing the timeline has deadly consequences too. Who can Elena trust as she fights to save her life?

The first book in an unforgettable series about rewriting your destiny in the city of dreams.

Elizabeth Briggs is a full-time geek who writes books for teens and adults. She graduated from UCLA with a degree in Sociology, currently mentors teens in writing, and volunteers with a dog rescue group. She's the author of the young adult time travel thriller Future Shock and the sequel Future Threat, along with the Chasing The Dream adult romance series. Elizabeth lives in Los Angeles with her husband and a pack of fluffy dogs.