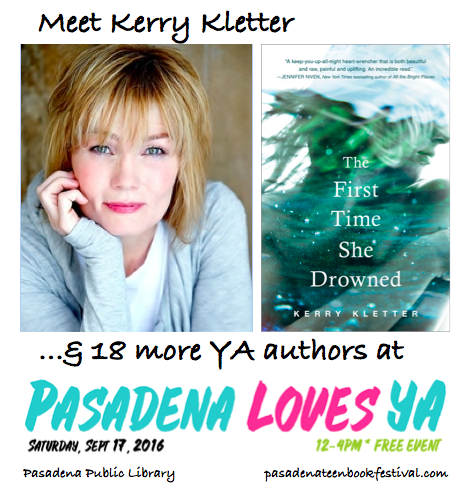 About The First Time She Drowned:

Cassie O’Malley has been trying to keep her head above water—literally and metaphorically—since birth. It’s been two and a half years since Cassie’s mother dumped her in a mental institution against her will, and now, at eighteen, Cassie is finally able to reclaim her life and enter the world on her own terms.

But freedom is a poor match against a lifetime of psychological damage. As Cassie plumbs the depths of her new surroundings, the startling truths she uncovers about her own family narrative make it impossible to cut the tethers of a tumultuous past. And when the unhealthy mother-daughter relationship that defined Cassie’s childhood and adolescence threatens to pull her under once again, Cassie must decide: whose version of history is real? And more important, whose life must she save?

A bold, literary story about the fragile complexities of mothers and daughters and learning to love oneself, The First Time She Drowned reminds us that we must dive deep into our pasts if we are ever to move forward.

About Kerry Kletter:
Kerry Kletter has had a lifelong passion for story. She holds a degree in literature and has an extensive background in theater, having appeared in film, television, and onstage.

When not writing, Kerry can be found surfing, running, working with animals, or singing loudly in her car while stuck in LA traffic.

A native of Ridgewood, New Jersey, Kerry now lives in Santa Monica, California, with her partner, screenwriter David Zorn. The First Time She Drowned is her debut novel.