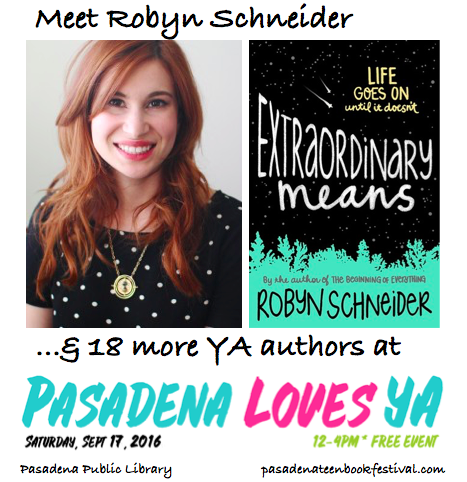 At seventeen, overachieving Lane finds himself at Latham House, a sanatorium for teens suffering from an incurable strain of tuberculosis. Part hospital and part boarding school, Latham is a place of endless rules and confusing rituals, where it's easier to fail breakfast than it is to flunk French.

There, Lane encounters a girl he knew years ago. Instead of the shy loner he remembers, Sadie has transformed. At Latham, she is sarcastic, fearless, and utterly compelling. Her friends, a group of eccentric troublemakers, fascinate Lane, who has never stepped out of bounds his whole life. And as he gradually becomes one of them, Sadie shows him their secrets: how to steal internet, how to sneak into town, and how to disable the med sensors they must wear at all times.

But there are consequences to having secrets, particularly at Latham House. And as Lane and Sadie begin to fall in love and their group begins to fall sicker, their insular world threatens to come crashing down.

Told in alternating points of view, Extraordinary Means is a darkly funny story about doomed friendships, first love, and the rare miracle of second chances.

About Robyn Schneider:
Robyn Schneider is the author of the critically-acclaimed and bestselling young adult novels The Beginning of Everything and Extraordinary Means, which have earned numerous starred reviews, appear on many state reading lists, and are published in over a dozen countries. Robyn is a graduate of Columbia University, where she studied creative writing, and the University of Pennsylvania Perelman School of Medicine, where she earned a Masters of Bioethics. She lives in Los Angeles, California, but also on the internet. You can watch her horrible vlogs at
youtube.com/robynschneider and follow her on twitter, tumblr, instagram and snapchat (snap: robynschneider).