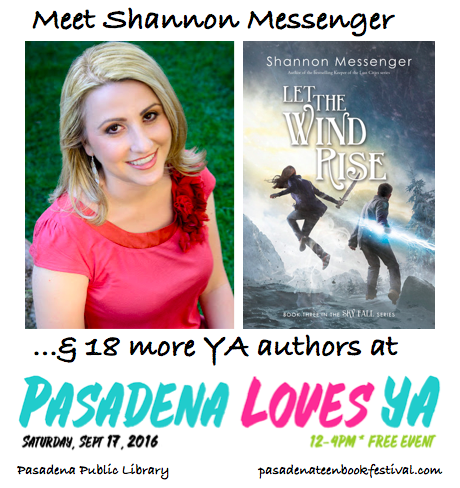 Vane Weston should have died in the category-five tornado that killed his parents. Instead, he woke up in a pile of rubble with no memories of his past — except one: a beautiful, dark-haired girl standing in the winds. She swept through his dreams ever since, and he clings to the hope that she's real.

Audra is real, but she isn't human. She's a sylph, an air elemental who can walk on the wind, translate its alluring songs, even twist it into a weapon. She's also a guardian — Vane's guardian — and has sworn an oath to protect him at all costs.

When a hasty mistake reveals their location to the enemy who murdered both their families, Audra has just days to help Vane unlock his memories. And as the storm winds gather, Audra and Vane start to realize that the greatest danger might not be the warriors coming to destroy them, but the forbidden romance growing between them.

Let the Wind Rise is book #3 in the Sky Fall series.


Shannon Messenger graduated from the USC School of Cinematic Arts where she learned--among other things--that she liked watching movies much better than making them. She's studied art, screenwriting, and film production, but realized her real passion was writing stories for children. She's the bestselling author of the middle grade series, KEEPER OF THE LOST CITIES, and the SKY FALL series for young adults. Her books have been featured on multiple state reading lists, published in numerous countries, and translated into many different languages. She lives in Southern California with her husband and an embarrassing number of cats. Find her online at shannonmessenger.com.
Posted by Jane Gov at July 07, 2016