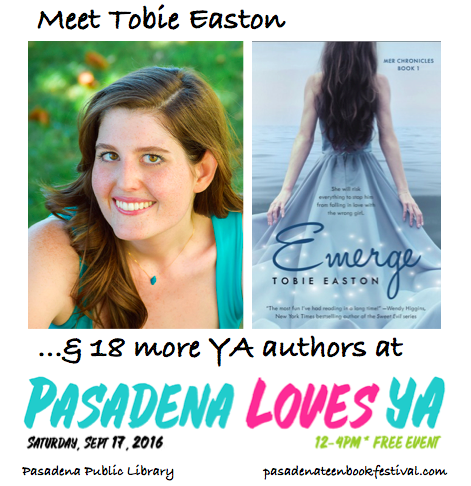 Lia Nautilus may be a Mermaid but she’s never lived in the ocean. War has ravaged the seven seas ever since the infamous Little Mermaid unleashed a curse that stripped Mer of their immortality. Lia has grown up in a secret community of land-dwelling Mer hidden among Malibu’s seaside mansions. Her biggest problems are surviving P.E. and keeping her feelings for Clay Ericson in check. Sure, he’s gorgeous in that cocky, leather jacket sort of way and makes her feel like there’s a school of fish swimming in her stomach, but getting involved with a human could put Lia's entire community at risk.

So it’s for the best that he’s dating that new girl, right? That is, until Lia finds out she isn't the only one at school keeping a potentially deadly secret. And this new girl? Her eyes are dead set on Clay, who doesn't realize the danger he's in. If Lia hopes to save him, she’ll have to get closer to Clay. Lia’s parents would totally flip if they found out she was falling for a human boy, but the more time she spends with him, the harder it is for her to deny her feelings. After making a horrible mistake, Lia will risk everything to stop Clay from falling in love with the wrong girl.

About Tobie Easton:
Tobie Easton was born and raised in Los Angeles, California, where she’s grown from a little girl who dreamed about magic to a twenty-something who writes about it.  A summa cum laude graduate of the University of Southern California, Tobie hosts book clubs for tweens and teens.  Tobie’s YA contemporary fantasy EMERGE (Book 1 in the anticipated Mer Chronicles) offers a peek into a world where mermaids aren’t just real, but live secretly among us. Find out more about Tobie and her writing at www.TobieEaston.com and say hi on Instagram and Twitter @TobieEaston
Posted by Jane Gov at July 07, 2016