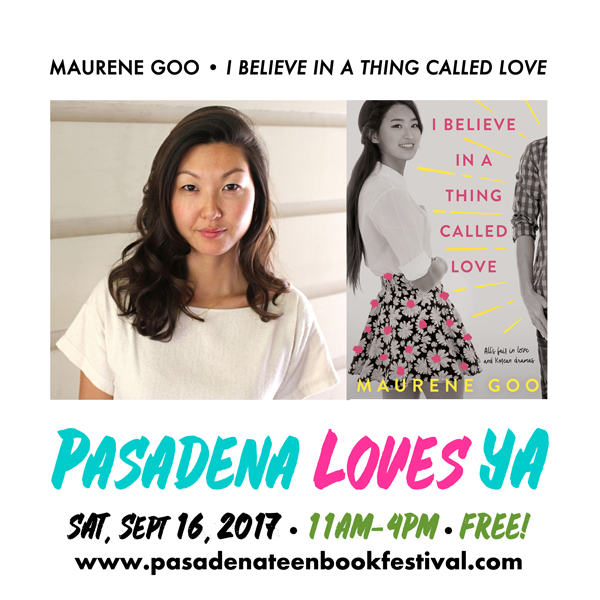 It all began with an unhealthy obsession with books as a child. (Like everyone, right?)

Maurene Goo was born in Los Angeles and raised in one of its suburbs (Glendale!), where her love of books led to writing and then studying communication at the University of California, San Diego. While there, she ditched her journalism goals and instead wrote a lot of papers about things like cultural appropriation, Dogme films, and Filipino literature. After graduating she worked at a bookstore where she spent many blissful days suggesting reads for kids and adults. Soon after, she decided to go to grad school to study publishing, literature, and writing at Emerson College. She also worked for a textbook publisher so she knows what things like C++ and Ruby on Rails are (but not really). When she moved back to LA, she worked for a couple of art book publishers and then finished writing this YA novel that she had started years ago. It became Since You Asked…, her debut novel which was published by Scholastic in 2013.

She's now lucky enough to spend her days writing alongside her husband who draws and writes children’s books and also does a little bit of both for movies. They live in L.A. where they eat lots of Korean and Mexican food and take intense pleasure in identifying trees.

Find out more about Maurene at

About I Believe in a Thing Called Love

Desi Lee believes anything is possible if you have a plan. That’s how she became student body president. Varsity soccer star. And it’s how she’ll get into Stanford. But—she’s never had a boyfriend. In fact, she’s a disaster in romance, a clumsy, stammering humiliation magnet whose botched attempts at flirting have become legendary with her friends. So when the hottest human specimen to have ever lived walks into her life one day, Desi decides to tackle her flirting failures with the same zest she’s applied to everything else in her life. She finds guidance in the Korean dramas her father has been obsessively watching for years—where the hapless heroine always seems to end up in the arms of her true love by episode ten. It’s a simple formula, and Desi is a quick study. Armed with her “K Drama Steps to True Love,” Desi goes after the moody, elusive artist Luca Drakos—and boat rescues, love triangles, and staged car crashes ensue. But when the fun and games turn to true feels, Desi finds out that real love is about way more than just drama.